Agriculture is a profitable business in Nigeria

Maigatari is a small town in the far north of Nigeria. It is right on the border with Niger, far away from the southern Nigerian economic metropolis. Now the city on the periphery is to become a "dry port": a kind of duty-free container transshipment point. The still sealed goods are to be brought here via the port city of Lagos, 1000 kilometers to the south, and only deleted here in the north.

The planned container hub is part of a great dream of Abubakar Badaru, the governor of the state of Jigawa: Agriculture is becoming a profitable business, a solar-powered industrial park creates jobs and a free trade zone stimulates cross-border trade. 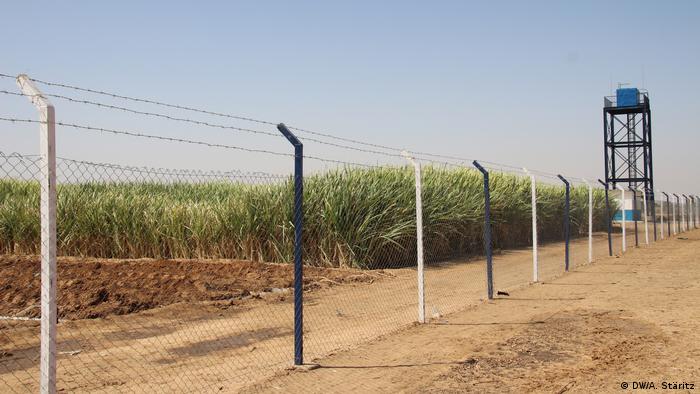 Vision of the future: The Lee Group of Companies' sugar cane test field is just the beginning for large plantations

As a businessman, Governor Abubakar Badaru has an excellent network of contacts in business that should help him to realize his dream: "We are pursuing an aggressive acquisition of investors," he told DW, "and our primary partner is China". 23 companies from the Middle Kingdom have already expressed interest in investments.

36 villages have to give way

So far, there is not much to see of Badaru's grand plans in Maigatari: only a small, fenced-in sugar cane test field and a long wall around the site of a failed shoe factory can be found there. Behind both is the Chinese factory mogul Man Loong Lee, who acquired 12,000 hectares of land for the cultivation and refining of sugar during the time of Governor Badaru's predecessor. He now produces the shoes elsewhere. On the other hand, he wants to expand sugar cane cultivation.

To the east, Jigawa borders the state of Yobe. Because of the terrorist attacks in Boko Haram, the fields there are hardly ever tilled, there is famine. From the north, the desert is eating its way further and further into the state of Jigawa - a consequence of climate change. The sugar cane plantation is intended to revitalize the region. Unfortunately, however, the newly emerging project is supposed to occupy a few particularly fertile areas of land that are currently still securing the livelihood of around 12,000 families.

Hauwa Kagama, mother of 15 children, worries about their existence

"We don't want the project!" says Hauwa Kagama. The mother of 15 children lives in the village of Gayawa, pretty much in the middle of the future sugar plantation. So far she has been growing vegetables and grains around her house. The children are always within shouting distance. The plans leave Kagama perplexed: "Where will they relocate us? What will happen to my children?" When the bulldozers come, the men in the village want to evacuate women and children and oppose the leveling of their fields.

Governor Abubakar Badaru has ruled the state since 2015. All opposition candidates had agreed during the election campaign that the farmers should not lose their land, recalls Sani Zorro, who is now a member of the National Assembly. Badaru also promised at the time to stop the investor from reversing the land allocation. Zorro calls for a public statement for the governor's change of heart.

The farmers in the villages continue to demand that his promise be kept. The three-month rainy season is sufficient in the fertile areas to ensure their subsistence. Millet, corn, jams and cassava grow on their fields, and the sale of sesame, peanuts and melons brings in the money they need to attend school for the children - still. "The Chinese company wants to deprive us of our livelihood," complains Hada Bello Kore Sabuwa, the chairman of the newly founded association of those affected. "We live on millet and sorghum, they want to plant sugar cane, but you can't eat that. They want to enslave us by employing us as sugar cane workers." 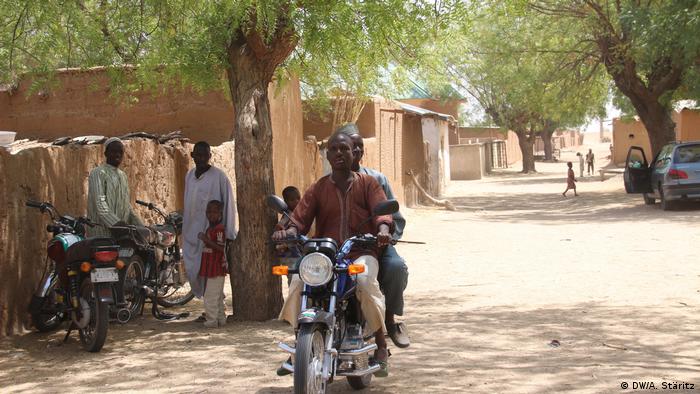 Everyday life in Gayawa village. But the existence of the village is numbered - like that of 35 others in the state of Jigawa

Legally speaking, a Nigerian governor has absolute sovereignty over the allocation of land to investors. He can also confiscate land for public purposes. The Chinese company plans to start the earthworks as early as May.

Jigawa has one of the most advanced large-scale investment regulations in the nation. Last year the British development agency Adam Smith Institute, together with the Land Commission in Jigawa, developed its own regulation for the resettlement and compensation of residents. This stipulates that those affected should be involved, and there should also be a compensation of € 500 per hectare of land. An environmental impact study, which is also anchored in national law, is a prerequisite for such large-scale projects.

"We will compensate the farmers affected," Badaru promised in an interview with DW. "They will also be allocated a new piece of land nearby. Those who want to continue cultivating their own land are allowed to grow their crops between the sugar cane." Badaru is certain that the local farmers would be better off as a result of the project. 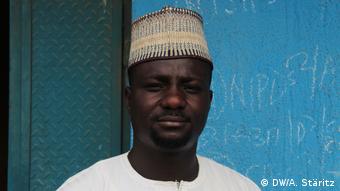 The farmers affected do not trust Badaru - they want to sue for their rights now. "The quiet life is over," says Hauwa Kagama, "we can only hope that the court will prove us right." But she doesn't want to give herself up so easily: If necessary, she wants to march in front of the court with the whole village community. The lawyer for the victims' association, Ibrahim Sa'ad, claims that the farmers never sold their land. The governor could expropriate the land due to an overriding public interest, but state expropriation for commercial interests is not provided for in the law.

So far, so the lawyer, such a state expropriation out of public interest has not taken place, the farmers should have been informed about it. And as long as that has not happened, any land allocation is illegal - public interest or not. On Thursday, the conflicting parties are to meet for the first time in front of the High Court in Dutse, the capital of Jigawa. However, it will probably take another four to five months before a court decision is available.