Can toxins be denatured 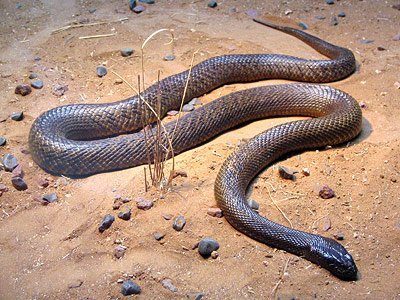 Proteins are not only useful helpers - they also have a dark side: Many naturally occurring toxins are proteins. For example the poison of the dreaded black widow. With its bite, the spider injects a protein called latrotoxin. Like the substances already mentioned, this poison also attacks the nerve tracts. It prevents the messenger substance acetylcholine from being released and thus paralyzes the muscles.

One of the deadliest producers of poison is the bacterium Clostridium botulinum, the cause of botulism. Its toxin, commonly known as botox, is one of the strongest neurotoxins in nature: if inhaled, a dose of ten nanograms per kilogram of body weight can be fatal. Injected into the bloodstream, a tenth of this amount is enough. Botox is also a protein. It blocks the transmission of nerve signals to the muscles - they no longer move. About twelve to 40 hours after ingesting the poison, this leads to muscle paralysis all over the body. If the respiratory muscles are also affected, the victim can suffocate from the poisoning.

However, poisons are often the inspiration for drugs: if used carefully, the deadly botox can also be used medicinally, for example against movement disorders or overactive sweat glands. Injected under the skin in tiny amounts, it only paralyzes individual nerve centers at the site of the puncture. In this way, the toxic protein can also work against chronic migraines. However, it is best known for its cosmetic use as a wrinkle straightener. The toxin of the tetanus pathogen Clostridium tetani is weaker, but closely related to Botox.

Snake poisons also consist largely of proteins. However, the reptiles use a whole cocktail of different enzymes and neurotoxins, which differ depending on the species. The enzymes also include various phospholipases: In humans, they normally produce the precursors of messenger substances that mediate pain and inflammation. Because of these enzymes, snake bites are particularly painful. An enzyme of the same class is also found in bee venom. Phospholipases required for research purposes are largely obtained from snake venom. For this purpose, the poison glands of the animals are milked in order to be able to collect the poison.

In addition to these painful ingredients, typical snake venom also contains various digestive enzymes that loosen and dissolve blood vessels and connective tissue. This, along with ingredients that inhibit blood clotting, can cause internal bleeding. In the case of an untreated snakebite of some species, even the tissue around the bite site can die off over a large area. The poison cocktail of the reptiles is often enriched with various neurotoxins, which intensify the overall effect. This painful mixture serves one of two purposes: either to make an enemy lose interest, or to stifle the resistance of a prey as quickly as possible.

The poisonous reptiles also have their medicinal uses: Because of its many components, snake venom is very interesting for pharmaceutical research. Various remedies for high blood pressure were developed, for example, using components of snake venom as a template.