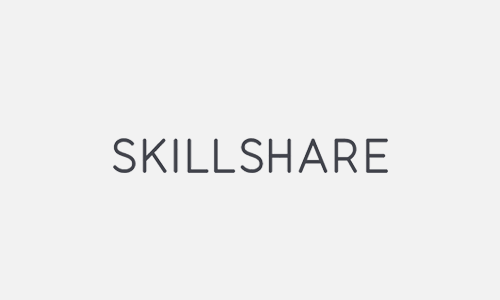 Skillshare is an international platform for online courses. There are many different subjects in which classes can be taught. The point of skill share is to gain advantages in your career, to improve yourself and to further develop your own skills in your dream job. Video lessons are combined with class projects. It is possible to make money with it. This is either done through a Skillshare affiliate program or you receive money for every student attending the class you teach. Skillshare offers unrestricted access to over 15,000 classes and you can learn from over 2 million students and teachers. This makes sense for everyone who wants to develop their skills as a teacher.

At the current time (beginning of 2017) there is no special skillshare version for Germany. The platform is internationally oriented and therefore mainly offers online courses in English. For many interested parties, however, this does not represent a hurdle because - depending on the field of study - mostly English is spoken. So z. B. also in the area of ​​online courses for programming. A good German alternative for skill share is z. B. the provider udemy. This also offers online courses in German.

In the following we have summarized for you what participants have found to be good, but also existing points of criticism.

In general, it can be said that the experience with the Skillshare platform has been largely positive. Participants appreciate the concept that basically anyone can become a teacher and its implementation. The platform is also useful for developing new skills on an individual level.

In addition, Skillshare would have clear advantages over other providers. Skillshare manages to present older information in a new way and strongly motivates the participants. In addition, the platform is reliable and easy to use. With regard to the content of the workshops and tutorials, the participants have different opinions. Some say this is high quality and sensible. Others, however, complain that this is too basic and that there are too few offers for advanced users and experts.

The class suggestions are also sensible and would be selected on the basis of one's own interests. On the other hand, it is perceived as negative that you have to enroll in courses in order to see all the videos.

Skillshare also offers a free trial version, which has also been criticized by some participants. It would be important to carefully review the terms and conditions of the offer. On to the moderators of Skillshare. Here the participants are also of opposite opinion. Some say that these are first class, while others think that they are not of high quality. However, there is the opportunity to find out about reviews accordingly. This is also possible with video content so that participants can find out beforehand how relevant the content is for them.

The projects for the presentation of their own skills are seen as a refreshing challenge by the participants. Another plus point of Skillshare in the eyes of the participants is the communication with institutions via the platform. On the other hand, it is seen as a point of criticism that you cannot communicate with other students who have the same class. The associated Skillshare app is also very useful, as it allows you to continue learning anytime and anywhere.

In summary, it can be said that the Skillshare platform sensibly represents the concept and its implementation that every teacher can become. Despite some criticisms, Skillshare motivates participants to train and develop as teachers using different interest-based categories and challenges.

How did Skillshare come about?

Skillshare was created in New York in 2010. The concept was developed by Michael Karnjanaprakorn and Malcolm Ong. The site has been online since 2011. Furthermore, Skillshare held the Penny Conference in 2012, where the current education system and a reform of it were discussed. Then the online courses began. In 2013 there were already 250 online courses and Skillshare worked with Levi's. Classes were created with a focus on courses in photography, tattooing and various forms of illustration. The school of design also came into being in that year. Finally, in 2014, the platform was created in which everyone can learn and teach.

Skillshare - the most popular courses: