Did Jesus have a family on earth

Could Jesus be married?

The Son of God is said not to have lived on earth as chastely as it fit into the concept of those who centuries later had acquired the sovereignty of faith in Christianity. This Jesus of Nazareth was a husband. His wife possibly the prostitute Maria Magdalena.

And that in turn fits into the concept for some who have recently found fun shaking the dogmas of Christianity. The American thriller writer Dan Brown is one of them. With his book "Da Vinci Code", which was successfully filmed, he reached an audience of millions. And in it all adventurous theories about the possible married life of Jesus Christ are brought together. A fascinating subject for a writer - who can blame him for that? 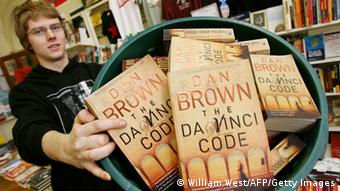 But what if a scientist from the renowned Harvard University suddenly presented a business card-sized scrap of papyrus from the 4th century that read in Coptic script: "Jesus said to you: My wife ..."? The authenticity of the fragment has been verified by experts, at least that is what the American religious historian Karen L. King claims. But no, it is not yet clear proof that Jesus was married, she gives the journalists in a subordinate clause. The gazettes jump on it: "Was Jesus married?" The public is now concerned with this question. 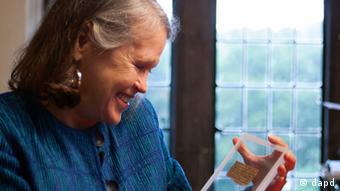 Proud of her discovery: the historian of religion Karen L. King

The story could also be completely different: In 1982 AD, someone banned Coptic characters on papyrus - with a lot of effort, of course, so that it looked as real as possible. That is the version of the story that the coptologist Christian Askeland, currently doing research in Münster, suspects. "Made in Germany" is probably a fitting title for the story, he says with a smile. Or "Made in Berlin".

Doubts as to its authenticity

So the fragment that has emerged is a mere forgery? "Some things are very funny," says the American-Norwegian researcher. "It looks like someone nowadays has tried to copy Coptic letters from a printed Coptic textbook. In ancient documents there are either very stylized texts with beautifully written letters or documentary texts in which the letters are not so beautiful. But you can always recognize the individual style of a writer by the way the letters are written. " And that is not the case here. You can also see from the way the ink ran on the papyrus and the consistency of the ink that there is no ancient writing style here.

According to Askeland, there are also clear indications of a forgery in the Coptic dialect. "As far as I know, there is not a single text about Jesus written in pure Sahidic - but this dialect is here. And that is the Coptic dialect that you learn as a student in the first semester." 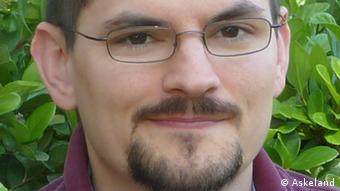 Coptologist Christian Askeland believes the fragment is a forgery.

Incidentally, Christian Askeland is not alone with his doubts: at the International Congress for Coptic Studies in Rome last week, at which the religious historian King presented her find, almost all participants questioned the authenticity of the papyrus shredded. She has now also admitted that on her website. However, there is no chemical analysis to provide definitive proof of whether it is an authentic fragment from the 4th century or a forgery.

But Karen King has so far refused. Likewise, she does not want to disclose the exact origin of the fragment. All that is known is that it comes from the collection of a Berlin professor who has since died - but who did not publish it during his lifetime. It is also interesting that the religious historian studied at the Free University of Berlin in 1982. "It is a special interplay of events," says Askeland, "which raises the question for me whether you are not trying to play a prank on someone."

Finally, Karen King has her pride too. After getting her hands on the fragment at the end of last year, she immediately wrote an article and offered it to the Harvard Theological Review - but the journal refuses, citing doubts about the authenticity of the fragment. She passed this article to some media before the Coptologists Congress in Rome without waiting for further expert opinions.

Askeland was not exactly happy about the wave of media interest: "It was frankly more of an unwelcome distraction than a contribution to a really scientific dialogue." And the question that most people are most interested in - whether Jesus was married or not - remains unanswered.