Can you urinate in space

Mission to urinate: How the bladder and urination change in weightlessness

The radio message that the American astronaut James Lovell sent from the Apollo 13 mission on April 13, 1970 is legendary: “Houston, we have a problem!” And this “problem” was life-threatening: one of the two oxygen tanks in the space capsule had exploded, the second tank had leaked - a dramatic race against time began, which the three-man team fortunately won in the end. 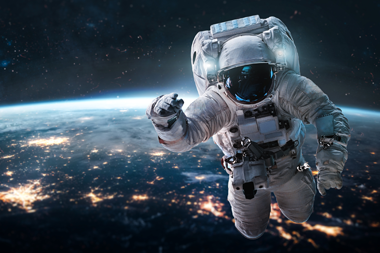 In comparison, another “problem” that astronauts (and, of course, cosmonauts and taikonauts) are confronted with on every expedition is rather modest - but at the same time very human: How do you actually urinate in weightlessness? The answer to this question reveals exciting insights into the function of urination and the nature of the bladder.

What is the capacity of the human bladder?

The capacity of the human bladder varies. Usually it is between 900 and 1500 milliliters. In women, the urinary bladder is slightly smaller because it has to share the space in the abdomen with the uterus. This is also one reason why the urge to urinate usually starts a little later in men (at 350 to 750 milliliters), while women often have to go to the toilet earlier (at 250 to 550 milliliters). In principle, however, it can be trained not to give in to the urge to urinate immediately.

How does urination differ on earth and in space?

Anyone who feels an urgent need “down” on earth has it - especially as a man - very easy. Whether on a toilet or in the great outdoors, the urine stream splashes towards the floor. Thanks to the force of gravity! Depending on the strength of the urine stream, a large arc is even possible - astronauts can only dream of something like this.

But in weightlessness, much more changes than just the urine stream when urinating. The completely changed framework conditions already begin with the urine collecting in the bladder in a different way. You have to know that the bubble basically has the function of a buffer. Because urine flows out of the kidney almost continuously. Without a functioning bladder, a person would have to pass urine all the time.

In normal earthly conditions, the urine or urine is collected above the bladder neck - regardless of whether the person concerned is standing or sitting. You can imagine it like a glass in which water is regularly refilled. Gradually the bladder fills until the person suddenly feels an urge to urinate and then steps to urinate.

The urge to urinate changes with weightlessness

It's completely different in weightlessness. Without gravity, the urine cannot just gradually build up in the bladder. Instead, the surface tension of the liquid becomes the dominant force. As a result, the urine sticks to the side of the bladder wall. At first this is not a problem. However, it becomes problematic when the bladder fills up in this way. In contrast to the earthly variant, there are no different, slowly building up levels of the urge to urinate in weightlessness. Instead, it is only noticed that the bladder has to be emptied when the bladder is completely filled - and then no more time must be lost. While a person on earth can delay urination (also called urination / micturition) for a certain time after the first urge to urinate, this is not possible in weightlessness.

How do astronauts deal with this particular challenge?

A so-called micturition protocol has proven itself. This defines the times at which the bladder has to be emptied - regardless of whether you want to urinate. Interestingly, when flying into space, problems occur mainly in the first 48 hours. In most cases, the bladder can never be completely emptied during this transition to weightlessness; the medical term for it is urinary retention. Incidentally, women are more often affected by urinary retention than men. Basically, the American space agency NASA attaches great importance to the fact that every astronaut is able to insert a catheter himself. This is a small sterile tube that is pushed into the bladder so that it can be completely emptied.

The astronaut with the wet pants

As with many other things, space explorers have gradually learned to urinate. A mishap happened in the early years. In 1961, Alan Shepard became an “astronaut with the wet pants”. Because there had been delays again and again during his 20-minute expedition into space, he had been unable to react when the urge to urinate suddenly became noticeable. The astronaut had no choice but to urinate in his suit.

One consequence of this incident was a redesign of the spacesuits, in which urinary fluid could be collected. For example, special condoms that were connected to a urine collection device were developed. Garments made of highly absorbent material were also designed, and diapers were sometimes used. Interesting: In all of these considerations, women initially played no role at all. Although the Soviet Union (USSR) had already sent a female cosmonaut into space in 1963, space travel in the western world remained a purely male domain until 1983.

The Soviet Union used other systems anyway to make it easier for its space travelers to urinate. For example, during the Vostok 2 mission (1961) the cosmonaut Gherman Titov was able to urinate in a funnel that had a suction effect; as a result, the urine was transported into a collecting container despite the weightlessness. NASA relied on a similar technology in 1969. For women, however, this had to be further developed later, since the suction effect, which was originally geared to men's needs, was not sufficient.

In space, however, urine is of particular importance. On the International Space Station ISS, water is one of the scarcest resources. So people thought about how to recover water from a normal "control cycle". Today, a technology is available in which 93 percent of the wastewater can be reprocessed and used. In this treatment, the wastewater is distilled, filtered, oxidized and iodized - until it's actually drinking water again. By the way, here's a little anecdote: While the American astronauts had no problem drinking their recycled urine, their Russian colleagues refused Americans gave solar energy and received Russian urine in return.

Potency and stamina are achieved in particular through trained pelvic floor muscles and good blood circulation in the penis. Both can be achieved with just a few minutes of training a day. You can find free training material here!