This little-known company is worth $ 9.5 billion and has Airbnb & Uber as a customer

Anyone who writes a message to their Uber driver, asks their Airbnb host for the address or receives a text message from DriveNow with the location of their rented car, is already using Twilio's technology without knowing it. Only a few people in Germany are likely to know the name of the company, but it is now one of the largest players in the field of customer communication. OMR talked to founder Jeff Lawson about how he raised the multi-million dollar business and what marketing opportunities clever customer relationship management offers today.

CRM (Customer Relationship Management) has become more and more important in online marketing. Mainly because the costs of acquiring new customers continue to rise due to increasing competition on the platforms. Direct customer contact via phone, SMS, email or whatever the customer wants is essential. And this is where Twilio comes in. Founder and CEO Jeff Lawson has set up a communication platform that allows companies to handle phone calls and send SMS completely via the cloud and thus integrate these services into apps and websites. So instead of having to take care of the communication infrastructure themselves, companies can outsource all processes to Twilio. 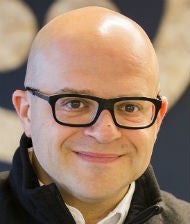 “When we started there was a phone number from every company and customers could then call them. Today, companies receive messages via messenger, SMS or voice assistants such as Alexa and Google Home, ”said Twilio CEO Jeff Lawson to OMR. “The world's leading companies have recognized that they have to enable their customers to reach them the way they want.” In 2008, Lawson founded Twilio with John Wolthuis and Evan Cooke. The vision: replace call centers in companies with a cloud service. In the ten years of its existence, the company has repeatedly adapted to the new communication trends and today offers companies the option of integrating phone calls, SMS, video calls, WhatsApp and other services into their own applications via the cloud API.

Well-known investors believed in the project early on: From 2009 to 2013, Twilio generated funding totaling 103 million US dollars as part of several investment rounds. Investors include Chris Sacca, Union Square Ventures and Draper Fisher Jurvetson. Today there are investments of over 260 million US dollars. The IPO will follow in June 2016, and the price is currently more than twice as high as on the first day of issue. Twilio's market value is around $ 9.5 billion.

In 2017, Twilio had sales of almost 400 million US dollars, and sales of over 440 million dollars were already posted in the first three quarters of 2018. Lawson therefore assumes that it will surpass the 500 million sales mark in 2018, with customer spending increasing by 137 percent between 2017 and 2018. Over 60,000 companies currently use Twilio to communicate with their customers. The requirements are extremely different: Uber sends SMS to users who book a ride via Twilio and allows phone calls between the driver and customer without having to display phone numbers. Delivery Hero notifies customers via SMS when their meal order is due. Users of the video platform Twitch or the cloud storage provider Box receive an SMS via Twilio if they have selected two-factor authentication for their account registration. And retailers like Nordstrom or Nike send out messages when new collections come onto the market.

But how did Twilio even get 60,000 B2B customers, some of whom are market leaders, but also smaller startups? The company doesn't start with the bosses, but with the company's technicians: "Developers should discover us, after all, we want to make their work easier," says CEO Lawson. “Developers can build prototypes with Twilio and then show them to their managing directors.” This is how Twilio ends up in the minds of decision-makers. The prototypes are then turned into apps and applications that help in sales, internal processes or CRM. The company positions itself as a helper in the developer community and organizes, for example, the Signal Conference, to which 3,000 developers came again in October.

Twilio's business model is also adapted to this marketing strategy. Jeff Lawson describes it as a “pay-as-you-go” model, in which customers always pay based on how they use Twilio. Incoming calls via the platform start at $ 0.0085 per minute and outgoing calls cost $ 0.013 per minute. A text message can be sent for $ 0.0075 and a Whatsapp message costs $ 0.0042. According to Lawson, the success of Twilio always depends on the success of the customers.

Twilio offers very different services. There are tools such as two-factor authentication or the assignment of incoming calls to the right contact person. Reminders of appointments or communication between customer and company via a Twilio telephone number are used for internal processes in companies. And then at Twilio, customers will also find CRM tools such as notifications of new products to specific customers or call tracking to identify the touchpoint from which customers contact the company.

With its own CRM product, Twilio is also competing with classic SaaS providers such as SAP or Salesforce - the latter even being invested in the company and the platform is likely to see it as an extension of its own services. Even if the scope of the SAP and Salesforce tools is even larger, Twilio can be used all the more creatively, according to founder Lawson. For example, some customers would use the platform for attribution: The companies enter different phone numbers on different websites and can thus track how the users came to call. The US broker startup Trulia has given each of its brokers new phone numbers on campaign pages, which are then forwarded to the real number. This is how the success of the individual campaign can be measured.

The "Parkinson's Voice Initiative" has found another creative approach to using communication tools from the cloud. It uses the Twilio platform to record calls from people who presumably have Parkinson's, records them and evaluates them. The researchers could then determine with 98 percent certainty whether the caller was sick. “I'm always surprised at what our customers are using the technical possibilities for,” says Twilio founder Lawson.

A rapper with a CRM business model

Another creative case comes from a somewhat unfamiliar corner: The US rapper Ryan Leslie (among other things he was nominated for a Grammy) has built his own company "Superphone" based on Twilio. Leslie asked himself, as he also said in the English-language OMR podcast, how he can address his fans more directly and track more precisely who is paying for his music and merch. He builds an app on Twilio's platform and gives concert goers and album buyers his “phone number”. Whoever calls this receives a message with a link to register in Leslie's superphone and can then send messages to him. 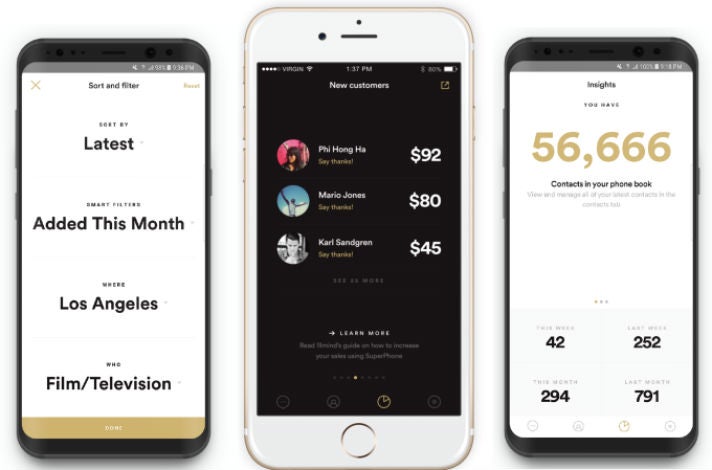 The app sorts the messages that are written to Leslie so that he always has an overview and also sorts the contacts by location or industry. For example, he was able to find out which fans are willing to pay $ 1,700 for a small group of New Year's concerts. Or he just writes to you directly when his new album comes out - including a purchase link. In the meantime, Leslie has raised over four million US dollars in investments (including from Ben Horowitz) and has inspired prominent colleagues for his company. US rapper Lil Wayne uses superphones just like the label Atlantic Records for artists like Cardi B or Matchbox 20. Although Leslie has built his own company out of it, he continues to use Twilio to send messages within the app.

In Germany still under the radar

In 2014, Twilio made a big announcement that it wanted to get started in Germany. And at least big players have been on board since then. BMW uses Twilio tools, among other things, to send messages directly from the on-board computer. As already described, Delivery Hero sends SMS with the expected delivery time to customers via Twilio, and Telefonica is a partner in Germany for telephone numbers.

"We now want to expand aggressively in Germany again," says Lawson. There are currently 20 employees in Berlin and Munich, and 50 are to be added soon in the new Berlin office. "The growth opportunities are there," says the Twilio CEO. “There are many startups in Berlin and traditional companies around Munich that are becoming more and more digital.” With its focus on the USA, the company is already worth over nine billion US dollars on the stock exchange. With further customers from all over the world, Lawson wants to continue to grow strongly. "The past few years have been characterized by APIs, the next ten years will be all about AI," he says. Bots would keep getting smarter and automated communication getting better. Twilio will continue to play.