A body can decompose in space

Decomposition: How Fast Do We Decompose?

In order to determine the exact time of death of a corpse, forensic experts rely on the presence of certain insects and their larvae on the decomposing body, among other things. Their stage of development allows an approximate conclusion as to how long, for example, a suspected murder victim could have been lying in a piece of forest. For comparison, forensic scientists use dead rabbits or pigs to simulate the possible timing - but this procedure could lead to wrong conclusions, warn Dawnie Steadman from the University of Tennessee and her team: Decay rates, insect activity and the appetite of carrion users are different considerable between the three species as well as between the seasons. The fate of human corpses is therefore much more variable than the decomposition of pigs and rabbits, as the group observed at the university's body farm. On this area, which is strictly sealed off from the public, corpses donated especially for this purpose are laid out in nature and their decay process is observed under various influencing factors - the results are groundbreaking for forensic investigations worldwide.

For their study, Steadman and Co brought 15 dead humans, rabbits and pigs each into the environment and left them to the forces of nature for three seasons (summer, winter and spring). In spring, there was practically no difference in development between human and pig corpses for 25 days before insect activity set in - and pigs skeletonized more quickly. In the rabbits, on the other hand, hardly anything happened until the number of maggots reached its maximum, which then exposed parts of the skeleton within just 24 hours. In summer, on the other hand, the Destructors preferred the pigs, which is why they were reduced to their skeleton after just 12 days; they attracted carrion flies earlier and faster than dead people and rabbits. In winter, on the other hand, insect activity sets in relatively late, not surprisingly: on average, it took 100 days for noteworthy infestation levels to be reached. Before that, carrion users such as raccoons, opossums, skunks and various bird species used the food source intensively. Initially they only pecked pigs and rabbits, but consumed people intensively - probably because their bodies are easier to break open than the more resistant skin of pigs or the fur of rabbits. Only after the human corpses were consumed did the animals return to the other dead. 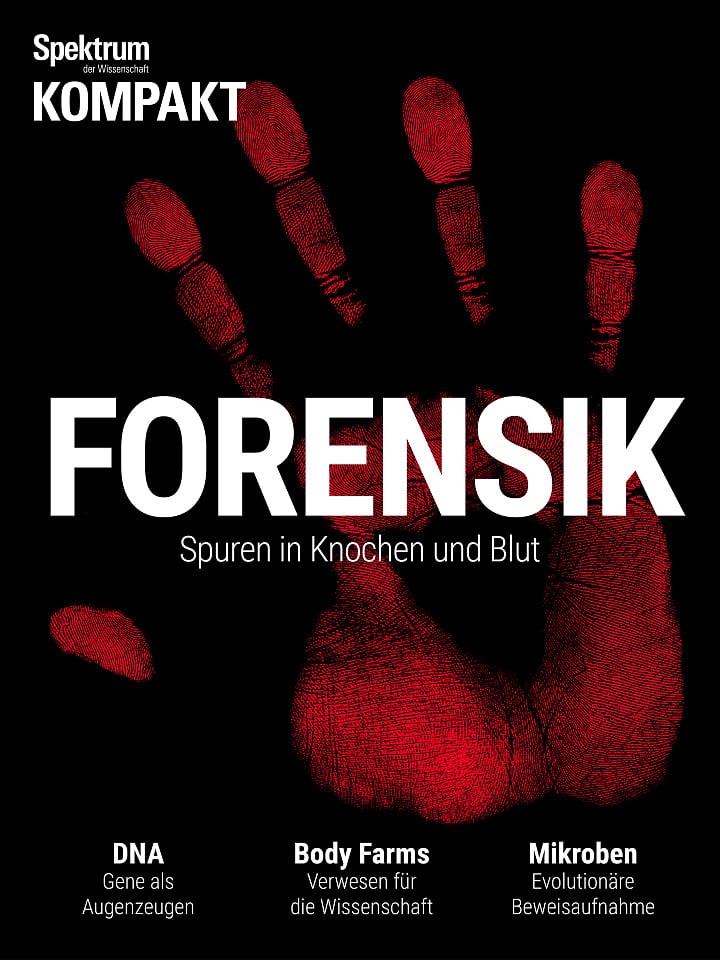 This article is featured in Spectrum Compact, Forensics - Traces in Bones and Blood

In humans, traces of feeding were first seen on the limbs, whereas in pigs, on the other hand, on the snout and stomach. “Overall, our results show that scavengers have a clear preference for dead people over dead animals. In addition, their decay is much more variable than in pigs and rabbits - which can make comparisons with them open to appeal in court, ”says Steadman. In order to determine the exact time of death, however, investigators are increasingly relying on other natural indicators, such as changed microbial communities. At least in the mouse model, their analysis works much more precisely than the evaluation of insect larvae on the body. The smell of the corpses could also provide clues as to when they died.