Blackmail is always associated with money

What is blackmail, what types are there and how can you defend yourself? 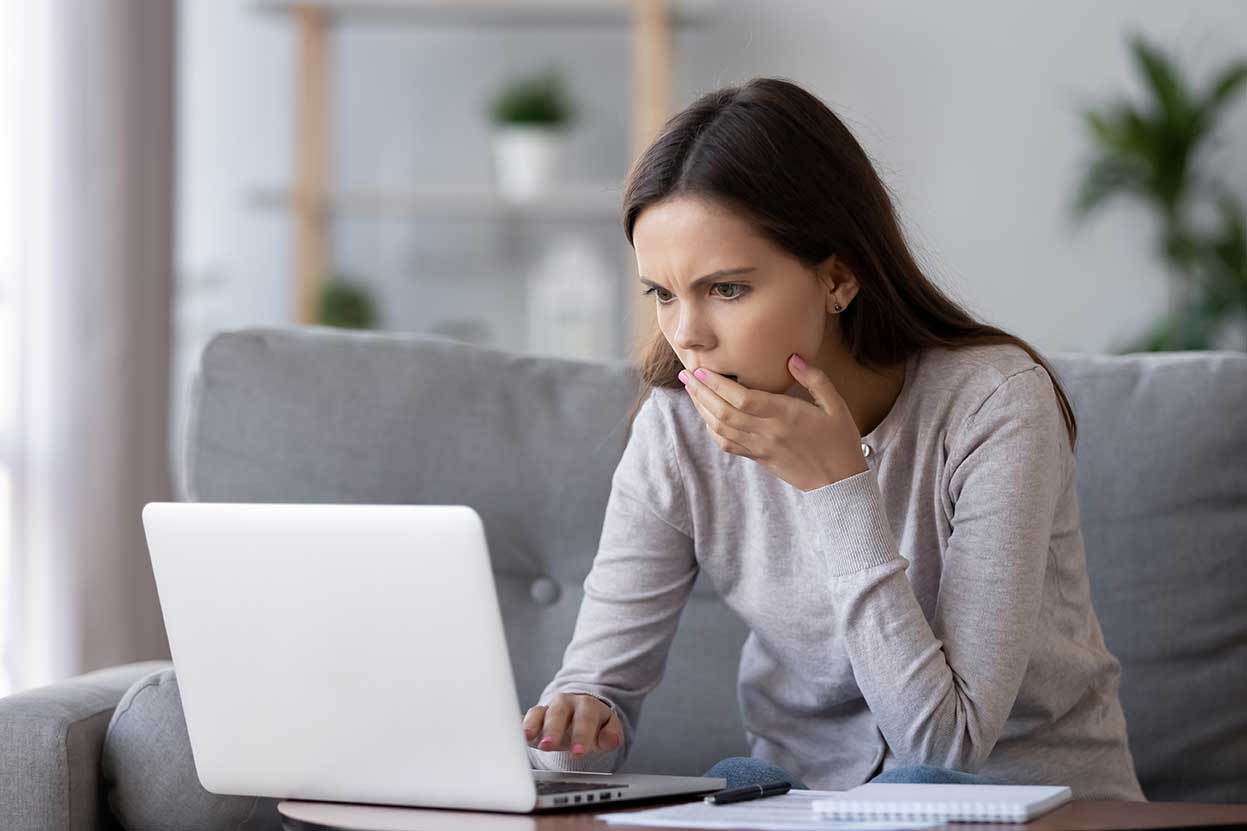 Those who are blackmailed are under pressure and often do not know how to act. There are different types of extortion, and not all of them are punishable by law. More on the definition of extortion and the delimitation of coercion can be found here.

Definition of extortion according to § 253 StGB

‌An act in which the perpetrator pursues the goal of financially enriching himself through the financial loss of the victim is considered to be blackmail. Extortion is classified as a criminal offense and is regulated in § 253 StGB (Criminal Code):

(1) Anyone who unlawfully compels a person to act, tolerate or omit to act, tolerate or omit by using force or threatening a sensitive evil and thereby inflicts a disadvantage on the property of the coerced or someone else in order to unjustly enrich himself or a third party, is sentenced to imprisonment up to five years or a fine. ‌ ‌ ‌‌
‌
‌ (2) The act is unlawful if the use of force or the threat of evil for the intended purpose is to be regarded as reprehensible. ‌ ‌ ‌‌
‌
‌ (3) The attempt is punishable. ‌ ‌ ‌‌
‌
‌ (4) In particularly serious cases, the sentence is imprisonment for no less than one year. A particularly serious case is usually present if the perpetrator acts on a professional basis or as a member of a gang that has joined forces to continue to commit extortion.
‌
Blackmail is a Property offense. The important components of blackmail are those Intention to enrich and the illegality. Anyone who illegally enriches the victim's assets through threats is committing blackmail. Extortion is illegal if the perpetrator has no legal claim to the property or money or the victim's property. Even trying to blackmail is a criminal offense.
‌
‌The penalty for extortion is a fine or imprisonment. Depending on the type of extortion, the punishment can vary. The individual case must always be assessed.
‌
‌

What types of blackmail are there?

‌ There are many sides to blackmail. Depending on the seriousness of the offense, the sentence also increases. A distinction between the various types will now be made.
‌

‌ Threatening your partner to leave him if he does not clean the apartment is not to be understood as blackmail within the meaning of the Criminal Code. In order to fulfill the criminal offense of extortion, the perpetrator has to enrich himself with the victim's assets. The blackmail must therefore lead to receiving an object or money from the partner to which he is not entitled.
‌

Blackmail on the Internet

Extortion occurs more and more on the Internet. If you receive blackmail emails that mention, for example, a hacked webcam, you should first make sure that this was even possible. Victims should report to the police in any case. In many cases, such emails are bulk mailings that try to blackmail several people at the same time. Attachments to such emails should not be opened and links should not be clicked. Above all, however, one should not respond to the demands of such mails and should not reply to the mail.
‌

‌If the blackmail threatens the life and limb of a person through violence or threatens, it is § 255 StGB predatory extortion. The victim is compelled to act by threats. This is punished like a robber. Which facts exist is assessed on a case-by-case basis. If the perpetrator forces the victim to hand over something, there is predatory extortion. If the perpetrator steals something, it is robbery. The penalty for robbery is one Imprisonment from one to fifteen years.
‌
‌ Threat with current danger to life and limb means that the victim or someone close to him is threatened with violence or death. An example of this is when someone threatens to cut off a person's hand if they refuse to hand over an item. It is irrelevant whether the blackmailer is actually able to do this.
‌

‌If weapons are carried along during a predatory extortion, this is a special case of predatory extortion. Offenders who knowingly carry a weapon or a dangerous object are punished with at least three years imprisonment. The Carry-with-yourself is already sufficient, since the perpetrator is always able to use the weapon.
‌
‌Weapons are understood to mean all objects that are classified as Means of attack or defense can be used. These include firearms, blank pistols, cutting and stabbing weapons, striking weapons, stun guns, pepper sprays. Objects such as screwdrivers, baseball bats or similar objects that can be used to inflict physical harm on another person also fall under the term “weapon”.
‌

‌The predatory blackmail happens commercial or does it go from one band out, it is particularly serious predatory extortion. Commercial means that a person finances his or her livelihood through the act, so also regularly carries out the predatory extortion. A gang is an association of at least three people who organize and commit several acts. All gang members involved in the act are punished with at least five years imprisonment.
‌

‌If the perpetrator causes the death of a person at least recklessly during the act, there is predatory extortion with fatal consequences. The must killed can also be one uninvolved third parties act, the blackmailed person does not have to be killed. However, the death must have occurred in direct connection with the perpetrator's act. The penalty for this is at least ten years' imprisonment.
‌
‌

Difference between blackmail and coercion

Blackmail is very similar to coercion. The two facts differ, however, in the result from the intention. The aim of blackmail is to gain access to the assets of the blackmailed person. Coercion means getting someone to do something against their will. The necessary must suffer financial loss. The concept of property includes all goods of monetary value, i.e. something or money, including illegally obtained objects. The coercion is intended to force a desired behavior on the part of a person through threats or violence, regardless of the victim's assets.
‌
‌You can find out more about coercion in the article Coercion in road traffic from traffic law.
‌
‌

What can you do if you are blackmailed?

‌As a victim of extortion, you should immediately contact the police and file a complaint. Even if you do not know or have not recognized the perpetrator, you can report an unknown person. Witnesses or evidence help locate the perpetrator.
‌
‌

How to deal with an extortion charge?

‌If someone is accused of extortion or a criminal type of extortion, you may have to be represented in court by a lawyer. It is important to contact an elected defense attorney within a specified period. Otherwise the court will assign a public defender. In the best case, you can choose the criminal defense attorney yourself. He acts in the interests of his client and develops a suitable defense strategy.
‌
‌

Blackmail is a criminal offense in which one person illegally tries to gain access to another person's assets through threats. Illegal means that the perpetrator has no legal claim to the object or property of the victim. Even attempting blackmail is a criminal offense.
‌
Continue reading:What is blackmail?
If someone acquires objects or property of another person through threats to which the perpetrator has no legal claim, it is a criminal offense. The punishment for extortion is fines or imprisonment. The amount of these penalties depends on the type and gravity of the offense and must be determined on a case-by-case basis.
‌
Continue reading:Is blackmail a punishable offense?

Is emotional blackmail a punishable offense?

What is the penalty for extortion?

Depending on the type of extortion, there are fines or imprisonment. For simple extortion, the sentence can be up to five years. In the case of predatory extortion with killing, the sentence increases considerably; the prison sentence in such a case is at least ten years.
‌
Continue reading:What is the penalty for extortion?

What is the difference between blackmail and coercion?

The aim of blackmail is to unlawfully enrich someone else's assets. In coercion, someone is forced to act against their will. The appropriation of someone else's money or objects does not matter.
‌
Continue reading:What is the difference between blackmail and coercion?

What should I do if I am blackmailed?

If you are the victim of blackmail you should report it to the police immediately. Even if the perpetrator is unknown, charges should be made to unknown persons. If there is evidence, such as e-mails or chat histories, this should be passed on to the police.
‌
Continue reading:What should I do if I am blackmailed?

I am being charged with extortion, what should I do?

If you are charged with extortion, you should see a criminal defense attorney within a given period. He acts in the interests of his client, can request access to files and develop a suitable defense strategy. If you do not do this, the court will choose a public defender.
‌
Continue reading:I am being charged with extortion, what should I do?

Disclaimer: The information provided on this website is only general information and does not replace professional legal advice. Any liability for correctness, completeness and topicality is excluded.

BERATUNG.DE - in cooperation with the Handelsblatt Media Group
<?