What is the name of a good writer

How do you become a good writer?

In view of the flood of new publications vying for the readers' favor at this Leipzig Book Fair (17-20 March 2005), one wonders occasionally whether the many authors are all natural talents. Or maybe you can learn to write like some other professions?

In moderation, says Hans-Ulrich Treichel, professor at the German Literature Institute in Leipzig, which is the only university institute in Germany to offer a full course of study for aspiring authors: "We have 600 people who apply, of which we take 20. They are not authors, the writers want to be, but they are already writers. These are young authors who want to work on their texts in a protected space with competent support and want to learn new things. "

The USA as a role model again

Numerous schools focusing on the education and training of writers have been established in Europe over the past ten years. The role model here are Anglo-Saxon models, because in England and especially in the USA, so-called creative writing has long been a natural part of almost every university.

The bestselling author John Irving, for example, got the finishing touches at an elite institute founded in Iowa in the late 1930s. "In the American-speaking world there are several hundred of these creative writing institutes, and they meet once a year and exchange their experiences and have done so for decades. They are, so to speak, at a much higher level in the discussion of what they do . And we have only just started this discussion, "says Treichel.

Together with the director of the Leipzig Institute for Literature, Josef Haslinger, he invited to the first international congress for literary writing during these days of the book fair. The popularity is enormous. Young authors and professors have come from the Czech Republic, Sweden, the USA, Russia, Norway and Austria to present teaching methods and different types of schools.

People want to learn from each other, but by no means offer writing schools on the same model between Moscow and Prague. "Especially in the age of globalization, which also brings with it cultural standardization, the optimal development of the individual text is in the foreground for us," says Treichel. "We primarily accept authors who are original and interesting in their writing, but at the same time unsure." Treichel says that if you don't allow yourself to be talked into, don't even apply. "But those who are unsure, who doubt themselves, are the more interesting ones. Because they are willing to put their texts up for discussion." 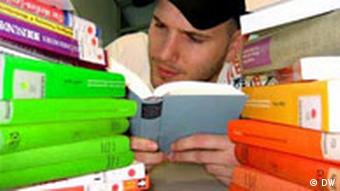 Until the 1980s, literary magazines published by authors were traditional entry-level models into the literary world, they were forums for exchange and encounter. However, they could not hold their own in a changing market. The need of young authors to test themselves in a competent environment, however, has remained. Literature institutes and writing workshops close this gap.