Tea has a long tradition: according to Chinese legend the history of tea began around 5,000 years agowhen Emperor Sheng Nung accidentally dropped a tea leaf into his boiled water. He tried the drink and was delighted. Since then, a lot has happened: The drink has now spread all over the world and there are different flavors from anise to lemon. In addition to its aroma, tea offers even more, because depending on the ingredient, its mode of action is very different: it invigorates or calms, it can also have an antibacterial, mood-enhancing or detoxifying effect.

How long can tea be kept? 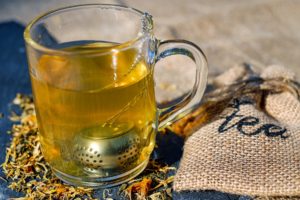 Tea is a food in principle has a very long shelf life. As a rule, the best before date for herbal tea, fruit tea, black and green tea is included two to three years. Rooibos tea, yellow and white tea can sometimes be kept longer - at least if they are stored properly. At In contrast, the shelf life of medicinal teas is usually limited to a maximum of 18 months. The reason: Over time, the tea loses its medicinal ingredients, so that the healing effect can subside.

Can expired tea still be consumed?

Expired tea can still be enjoyed without hesitation, because even if teas have a best-before date, the food does not actually go bad. Although it can Expired tea may lose some of its aroma over time, but it is still drinkable in any case. The only exception: when the tea has become damp and mold has formed, it must be disposed of.

Tip: If the aroma of expired black or fruit tea is no longer particularly intense, there is no reason to throw it away - instead, it can still be used to make punch or mulled wine.

What types of tea are there?

If you take a closer look, the term “tea” actually only refers to the drink that comes from it Divide the tea plant is obtained, for example green, black or white tea. But in widespread use one also counts Infusion drinksmade from other plants or fruits for tea. 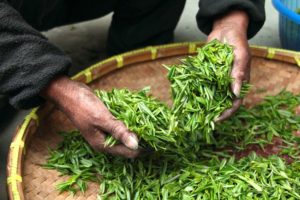 A distinction is made between pleasure teas and medicinal or medicinal teas. While the pleasure teas - as the name suggests - are drunk because of their taste, you sit down Medicinal teas specifically for certain complaints. They contain various plant substances and one certain percentage of essential oils, for example, if you have problems with the Digestion, the bronchi or in the case of insomnia help. Medicinal teas must always be approved by the Federal Institute for Drugs and Medical Devices (BfArM). The teas unfold their effect when you drink them, you can gargle with them for complaints such as inflamed gums or one Cold inhale the steam.

The preparation: this is how the tea succeeds