Which BMW is better X3 or X5 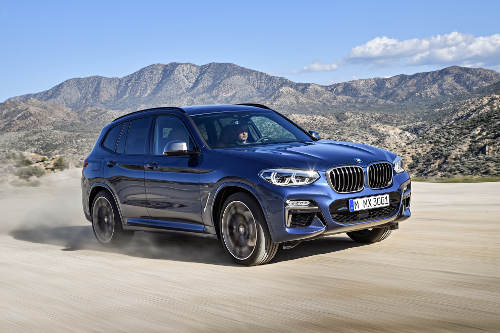 BMW's mid-range SUV, the X3, will be in its third generation in the shop windows of white-blue dealers from November. The designers obviously had decided to make a good car even better. We succeeded - certainly at the expense of the Audi Q5, but also the BMW X5.

Anyone who has ever had the "pleasure" of being able to drive a first-generation BMW X3 on a bad road, or rather having to, was more or less reconciled with the second generation, which was built from 2010 onwards. The spring was still tight, the unworthy - often referred to as "outrageous" - hardness was no longer noticeable. The third generation is even more comfortable. A deficiency in the second X3, the rear bench seat that was mounted far too low, was also remedied. It is only 1.5 centimeters in height, but the backbenchers and their knees feel it clearly.

There is also more space in the new Bavarian mid-range SUV. Five centimeters outside length have been added (4.71 meters), the distance to the X5 is only 17 centimeters. The price differences are greater. These amount to 10,000 to 12,000 euros, in some cases with absolutely identical engines. Surprise: the standard trunk volume of the new X3 (550 liters) exceeds that of the X5 by 50 liters. BMW fans have until November to think about it.

The finest technology - Made in the USA

The reservations against German premium vehicles produced in the USA were entirely justified in the past (typical negative example: Mercedes M-Class). The BMW models produced in Spartanburg are currently of the same quality as vehicles from German production. There was no other way of explaining the selling prices.

With the new X3, they start at around 47,000 euros for the two-liter diesel with 190 hp. That is over 3,000 euros more than its predecessor with an identical motor. However, the excellent eight-speed automatic transmission, which is otherwise charged at 2,150 euros, is always standard. The new X3 is only available with all-wheel drive and automatic transmission.

And there will also be a sporty M version again. That is calculated at around 62,000 euros, almost fair for a well-equipped six-cylinder petrol engine with 360 hp.

Unusual: The M40-Kraftmeier is available from the beginning (November), the rational versions with gasoline engines follow "a few months" later.

Of all things, the two two-liter four-cylinder engines are extremely interesting. Since diesel engines are no longer as popular with buyers for good reasons, gasoline engines are also becoming increasingly important for SUVs.

The four-cylinder turbos in the new X3 provide 184 and 252 hp. 8.3 and 6.3 seconds respectively for the sprint to 100 kilometers per hour speak for themselves. A top speed of 215 or 240 km / h is beyond any doubt. And the maintenance costs are of course significantly lower than with the six-cylinder, including the fascinating three-liter diesel.

There are still no specific maintenance figures for the new X3 - but the second generation can certainly be used as a benchmark.

Lower inspection, tax and insurance costs for gasoline engines can be expected. In direct comparison, the fuel consumption advantage of diesel has shrunk to around 1.5 liters per 100 kilometers. The new BMW X3 20i is not only an interesting alternative for infrequent drivers. (Photo: BMW)